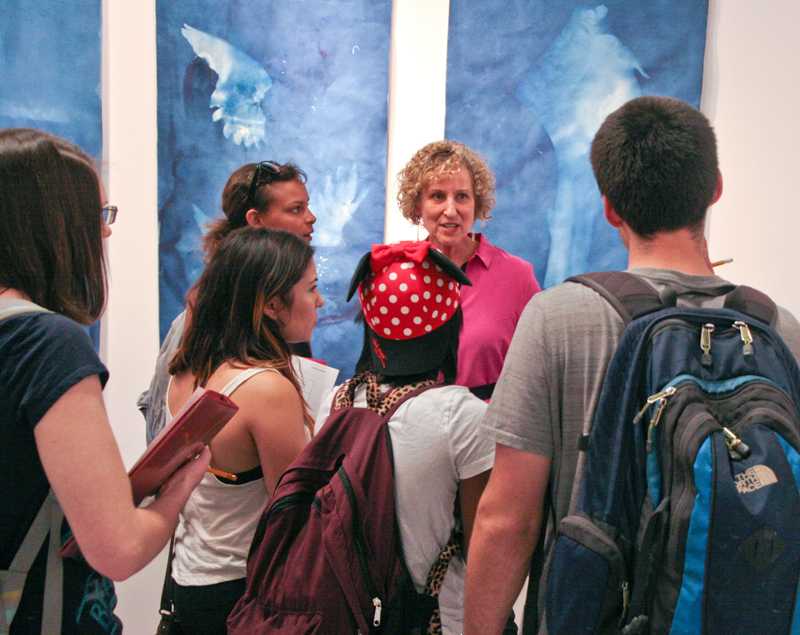 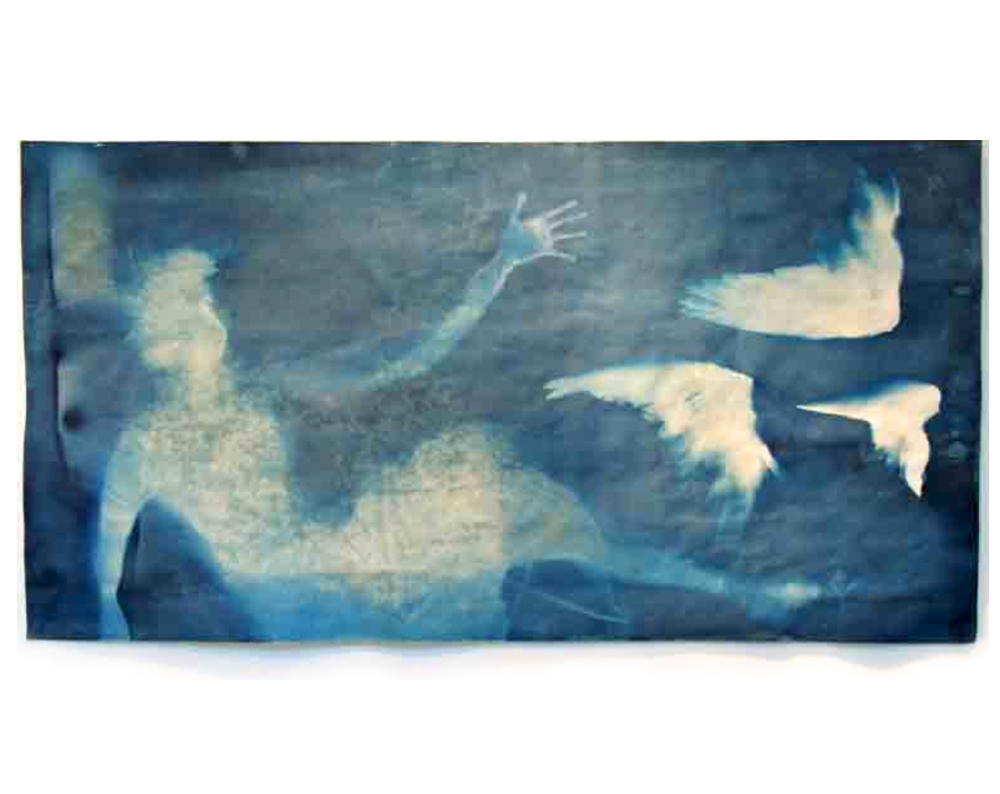 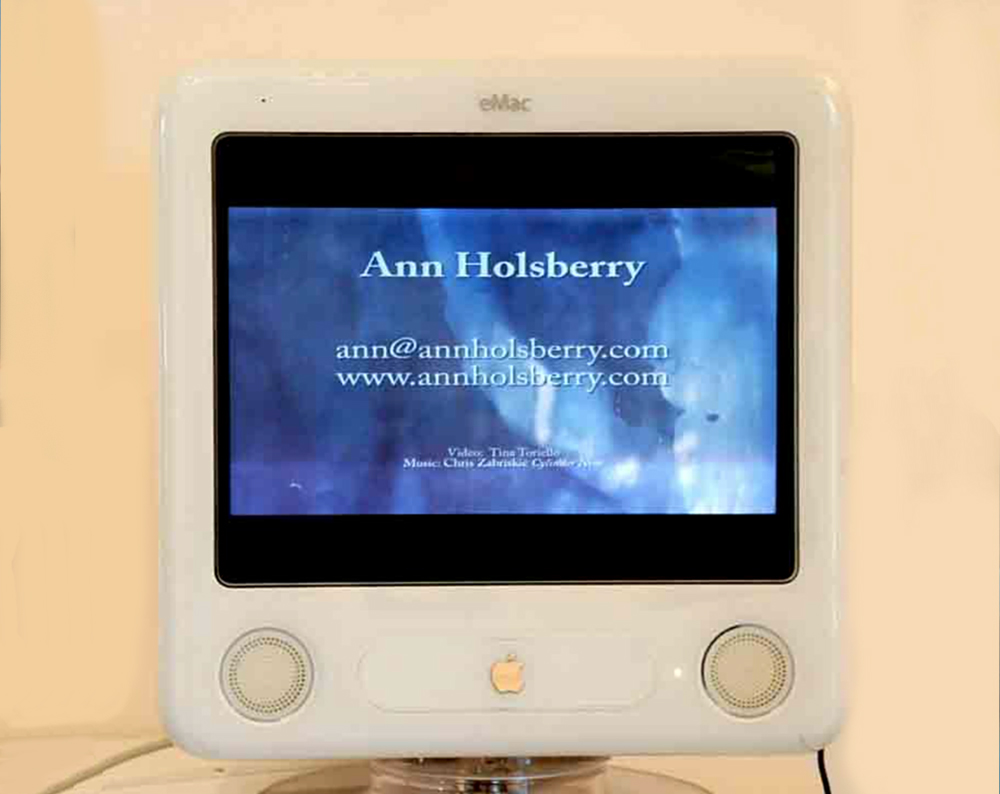 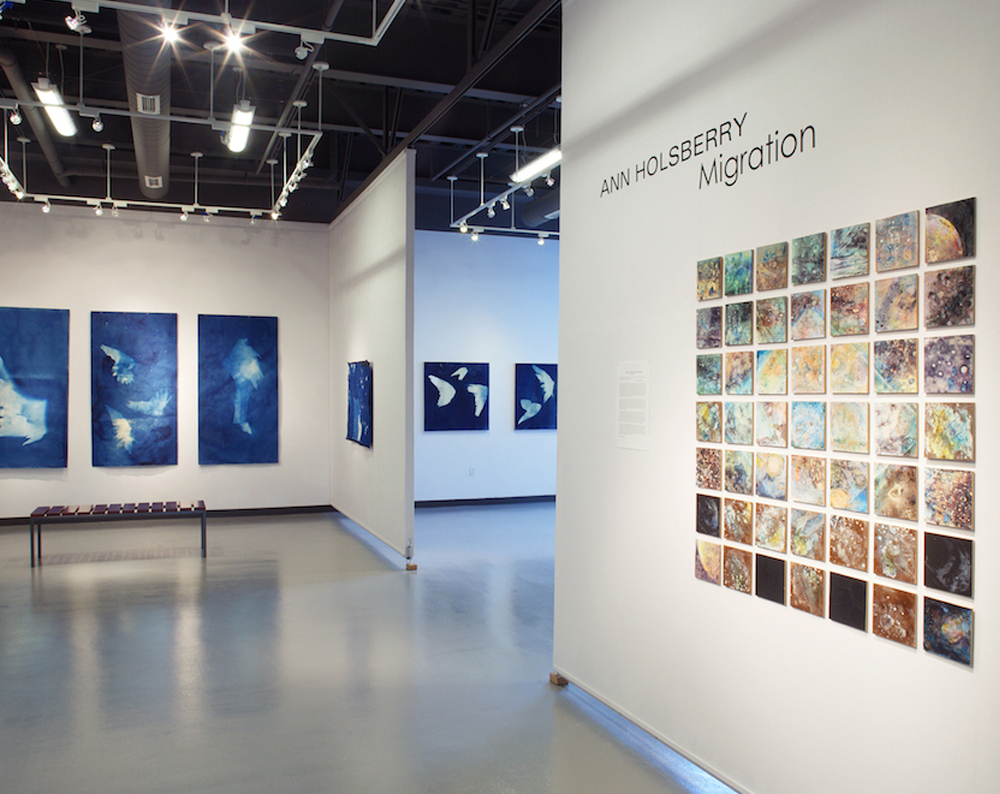 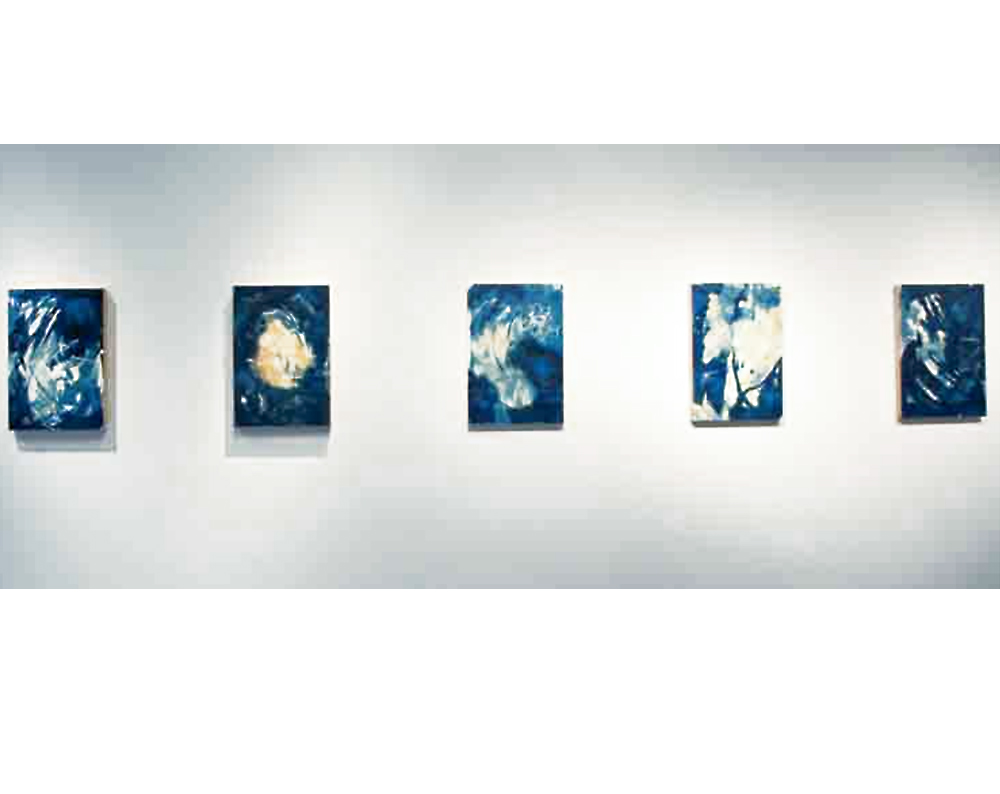 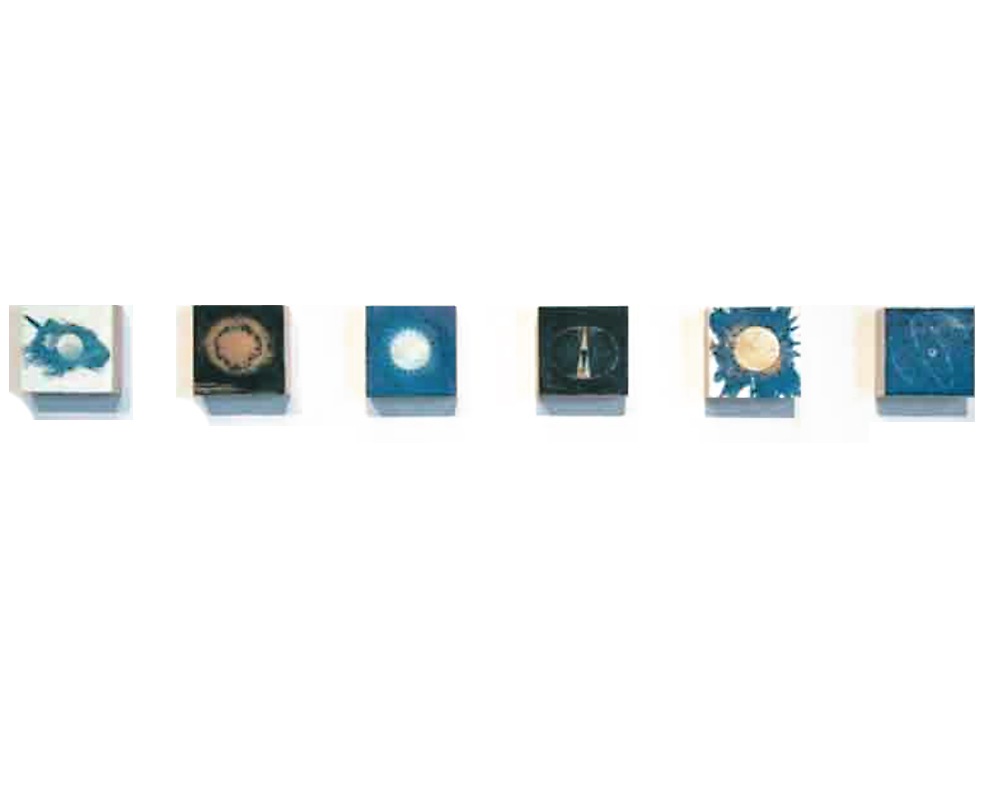 “Thank you all for coming,” said Art Professor Judi Pettite as she addressed a crowd of attendees at a reception inside the Art Gallery on Oct. 9. “We are here to celebrate Ann’s work,” she added “Migration,” the exhibit currently on display in the gallery, features the cyanotype works of artist Ann Holsberry, who’s artistic process that uses iron based chemicals and sunlight to produce a blue image captured the attention of art enthusiasts at the event.

“I haven’t seen it before,” said student Kirstie Brown. “It would be really interesting to try.”

Although a relatively old process dating back to the nineteenth century, the art of cyanotype is still something that Holsberry considers a new artistic area for herself.

All through the gallery, Holsberry’s works show the importance of various aspects of nature that influenced her creativity. “Migration is rugged,” said Holsberry referring to one of her pieces with an image of white wings, an image created with the help of an actual severed bird wing discarded by hunters outside a hunting preserve.

To the artist, “dumpster diving” with her husband can yield the natural media she incorporates with her work, which despite a somewhat graphic approach, yielded positive results from gallery attendees. “I love the feminine aspect of it,” said attendee Denetra Buggs-Dorsey. “You can make up your own little scenarios.”

For Holsberry, this is exactly the response she had hoped for. “I really invite people to bring their own feeling,” she said.

As the evening progressed, the attention turned from the art to the artist as Ann Holsberry spoke to the attendees, listened to comments and answered any questions they had for her.

“It’s like you’re painting with light,” said Christel Dillbohner, a fellow artist and colleague of Holsberry for the past two years.

Smiling in response to an apparent compliment, Holsberry said Dillbohner’s observation “feels very accurate.” While the process of cyanotype does involve “painting” a substance on paper, it’s the incorporation of the sunlight that develops the work into the blue images like those on display.

After a few more questions, Holsberry invited all those attending to enjoy the rest of the exhibit and feel free to ask her anything else they would like to know. Some attendees stuck around to hear more about the artist’s pieces, others waited for a chance for an autograph and some just stayed to admire the many works of art on display.

“Thank you, Ann, so much for coming,” said Pettite as the reception concluded, “and thank you everyone for attending.”

Located inside the Library, Ann Holsberry’s “Migration” will run in the Art Gallery until Oct. 23 and will be open Tuesday through Thursday from 12:30 to 2:30 p.m. and reopen from 4 to 6 p.m. Admission to the gallery is free.